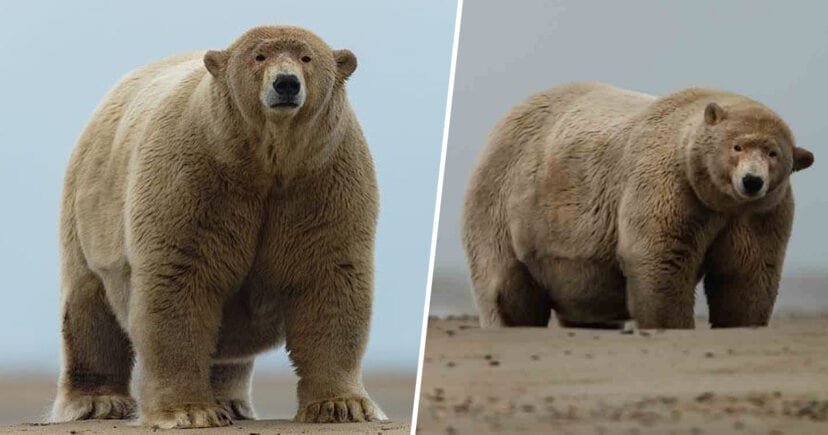 This overweight bear is called Fat Albert. While other polar bears struggle to find food due to climate change, Albert is completely worry-free.

To clarify things, Fat Albert might not seem that overweight to you, but taking into consideration that an average bear weighs about 990 lbs., his weight is currently an astonishing 1500 lbs. 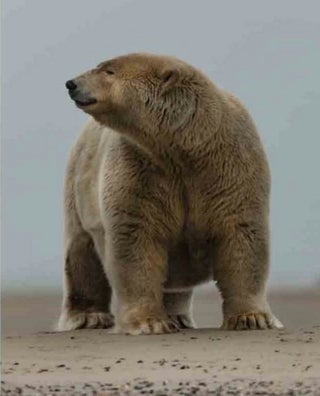 How did he gain so much weight in the past few years? Alaska’s local population pays respect to the wildlife by dumping whale fat on the shores. It seems Albert has found his own gold mine! This practice keeps the bears out of the nearby towns and settlements and keeps them fat, and they get the respect they deserve, sharing food with humans. However, Fat Albert isn’t the heaviest bear around. Back in 1960, Alaska’s fishermen found a bear that weighed 2,200 lbs! 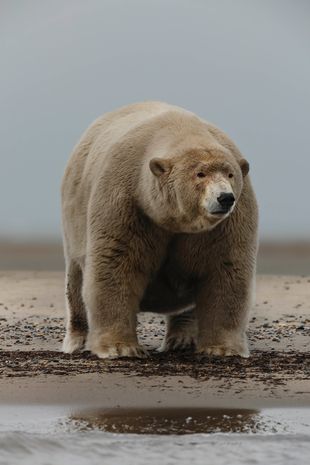